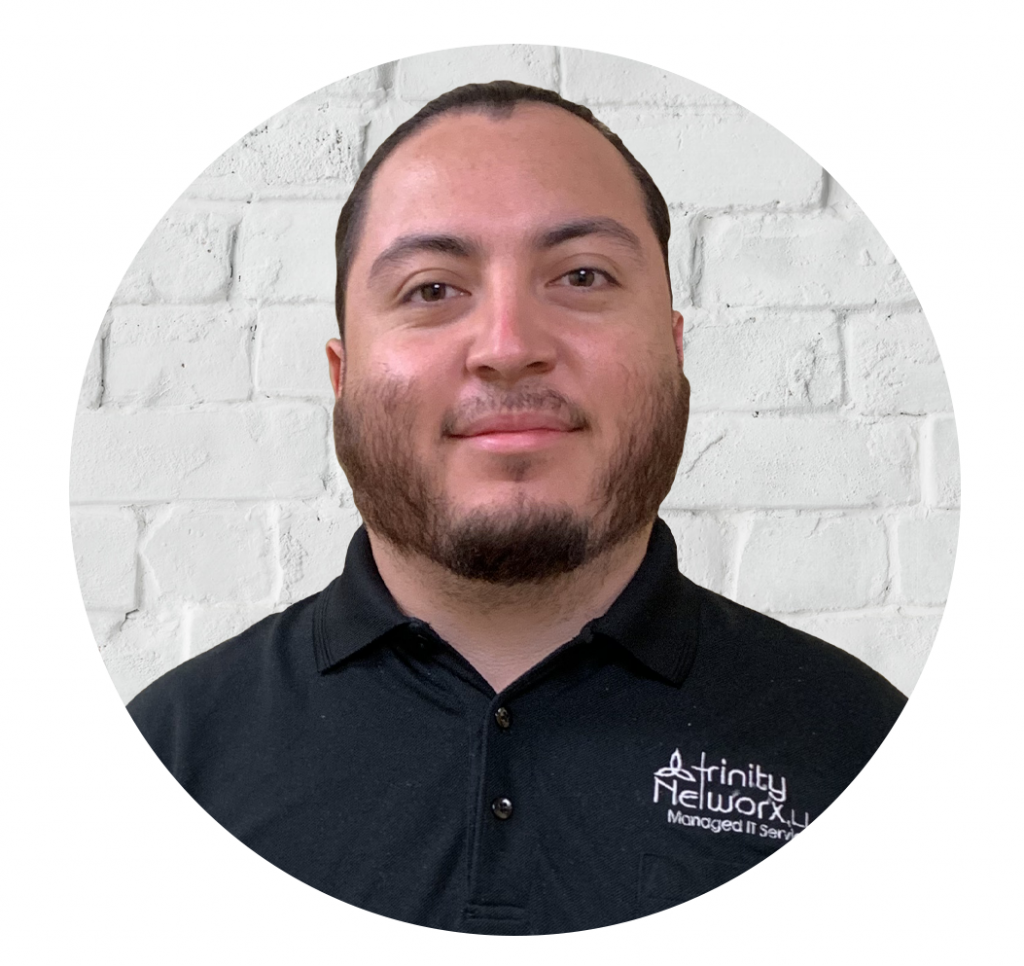 Danny Soto is no stranger to doing more than what is expected of him. He set a foundation of achievement in high school as a competitor in the U.S. Academic Decathlon. Each high school selects a team of nine students to participate in this ten-event scholastic competition. It was demanding work each winter and then he played sports beginning with tennis each spring. Being organized, determined, and hard working has always been natural to him.

As Chief Operations Officer (COO) he often sees problems with technology when the software is upgraded to be competitive, yet it leaves the users behind. Software is confusing and ever-changing. Trinity clients can trust the advice and support of the team who stays on top of software availability, upgrades, and best uses. When software becomes confusing to the clients, the team is happy to step in and train if needed. In fact, Danny actually likes to come in and help out when things become complex for the clients.

His love for computers started at about the 7th grade when he started playing video games on his dad’s computer. He learned to fix computers before his dad got home from work because he had broken something and had to trouble shoot the issues, resolve them, and his dad never needed to know. He says he didn’t know what he was doing in the beginning and this was the reason he would break things by putting a disc in the machine with stuff on it you don’t want on your computer.

It was the early days of the internet when he started. It would take days, or even weeks, to download games or pictures. Now, with high-speed internet, he plays games with people from all over the world. He has played chess with people in Venezuela, England, the Philippines and other places. Meeting them online and not in person is interesting. He gets to learn about the way people are in other countries. A couple of people he met from Venezuela have been adversely affected by the economic struggles there. It helps him see how single-minded we can be in the U.S. He has a lot of empathy and patience for people of different cultures who just think differently.

Danny is married to Angela who he has known since the 10th grade. They didn’t start dating until they were 20. His wife took a step back from her career to raise their kids. He feels her staying at home keeps him working hard to make up the difference. Their children Daniella (4 years old) and Alexander (2 years old) are being home schooled for preschool. Angela’s mom and sister are both teachers, so they help when needed.

In the four hours or so after work he still plays video games, and he is a big Lakers fan. He still spends some time playing basketball too. He admits you could say he is addicted to competition.

Being useful is one of the reasons why he enjoys his work at Trinity. Most of his interaction with clients is with the leadership team and they are typically older than him. On one occasion, he and Jesse were in a client’s office making some changes to the network. This kind of work is done overnight to avoid interrupting the client’s workflow. Typically, the client will let them into the building and lock the doors. When we are ready to go, they will show up and let us out. A lot of the time spent for this type of work is waiting for things to download. One time, a VP of a large company stayed behind to chat with them, keep them company, and even bought them dinner. They were able to talk about the business goals of the client’s company while we were going through our own process. Danny knows there are millions of IT guys out there. The clients have millions of competitors too. But when you can break bread with somebody and interact with them on a personal level, it is an enjoyable relationship going way beyond just providing IT services.