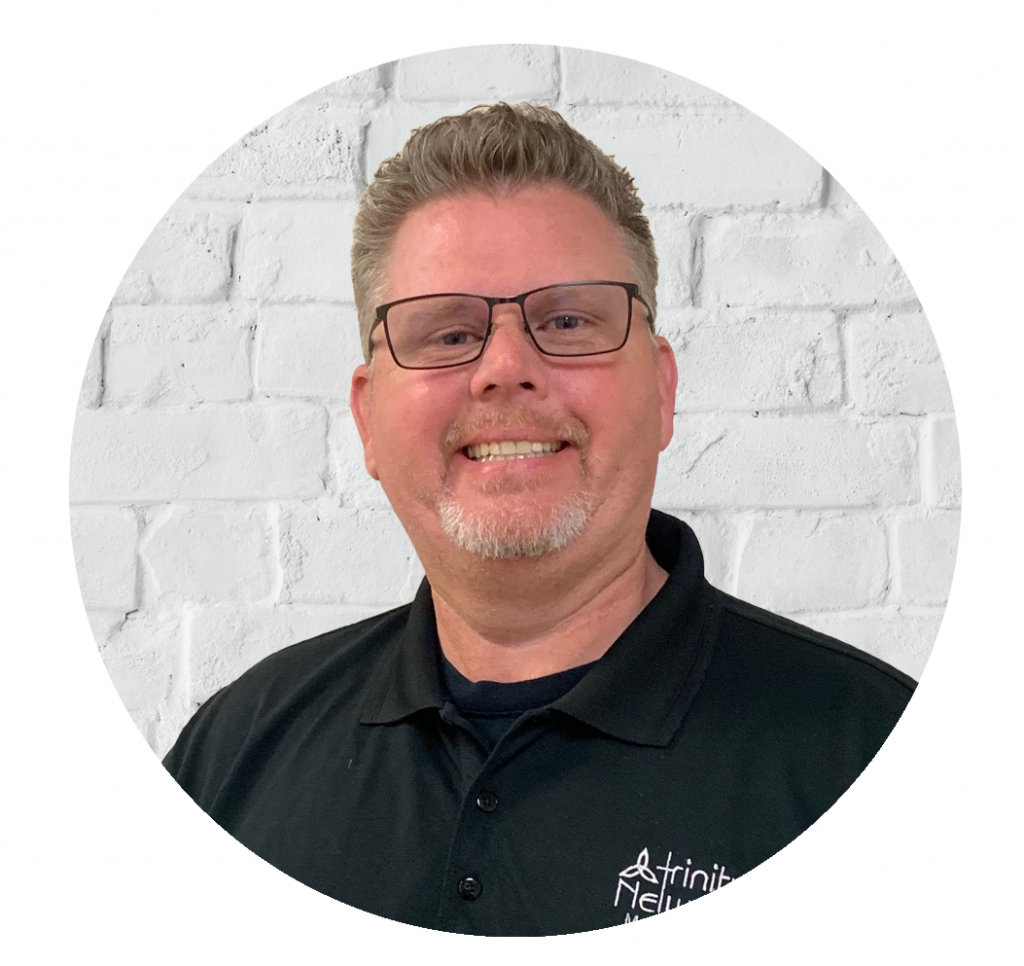 At Trinity Networx, Lance Reichenberger is committed to being a servant leader in everything he and his team does in the course of a day. It is his personal philosophy about life and the desire to serve others directs the everyday decisions he makes for the company. More than a guiding principle for effective business management, Lance fully understands both team members and the clients they serve benefit from this way of doing business.

The Trinity Networx organization started when Reichenberger became uncomfortable with a previous employer in 2008. It seemed the organization where he was Chief Technology Officer (CTO) were making decisions based on profit alone. They spent a lot of time in the “gray areas” of ethics to make their business operate. Lance named the company Trinity Networx to reflect his desire to be unwavering in his desire to reflect Christianity in the way his company operates.

Even though he worked for a large trucking company as their Senior Network Engineer to supplement the company as it got off the ground, he had a clear vision of what his company would bring to the public. The trucking company was fully aware of his plans, which is important to him because he didn’t want to do anything other than with integrity. Meanwhile, he was confident this rare approach to ethics and accountability would serve everyone associated with Trinity Networx.

2008 was a tough time to start a new business, but he prevailed based on a model now known as an MSP (Managed Service Provider) before it became the mainstream way to provide technology services. God had closed the door on a well-paid executive position as CTO and helped him stand 100% in his Christian ways.

When Lance was only 11 years old, he began working with and programming computers. His father, an engineer, sometimes worked on a computer at home. When he was not using the machine for his professional work, he allowed young Lance to learn while playing with this computer. This was before even a dial-up modem, when transferring data required a 5 ½ inch floppy disk. He found there was not much on the hard drive, so he began rewriting the programs. He changed out the hardware, added capabilities and eventually added an early stage modem to access in the internet.

Technology was a natural match for his abilities and his father encouraged him to use the natural ability to create a future. As a young man, he volunteered in the emergency room of a hospital learned a lot about medicine. This led him to become an EMT and paramedic with the Los Angeles County Fire Department. Although he had plans to become a doctor, those plans were sidetracked. He did, however, do a lot of the network cabling, computers, and programming at several medical organizations. He continues to be a subject matter expert in the area of medical technology.

Guided by God, Lance has moved forward in confidence despite the economic conditions of the company’s early years and the most recent COVID pandemic. Listening to his internal compass, he knew it was important for the company to diversify. So, in addition to his expertise in the medical industry, he also is heavily involved in law offices, construction, manufacturing, and the steel industry.

The way team members are selected for the company involves a rather long and intense process. Having a team with the same values is the foundation of Trinity Networx success. Once selected, all team members go through a probation period where they are expected to read at least five books and discuss them afterwards. Trinity Networx is a learning organization, but it is not all about learning more and more about technology. The Trinity Networx Team focuses as much on how to treat people as we do about the technology needed for the clients.

Because the team has learned enough to serve the clients without constant involvement from Reichenberger, he is working on a book with a working title of “Servant Leadership – Success for the Tech MSP” He speaks to several industry groups, including technology organizations, about the Successful Strategy of being a Servant Leader.

Both Lance and his wife Carol, attend Greg Laurie’s Harvest Fellowship in Riverside CA. Lance is involved in the Men’s Study group at Harvest and serves at the large Harvest events at Angels Stadium every August. Their most important job is being parents to two children, RJ and Bailey. They also enjoy spending time traveling weather by air, sea or land with family and friends.